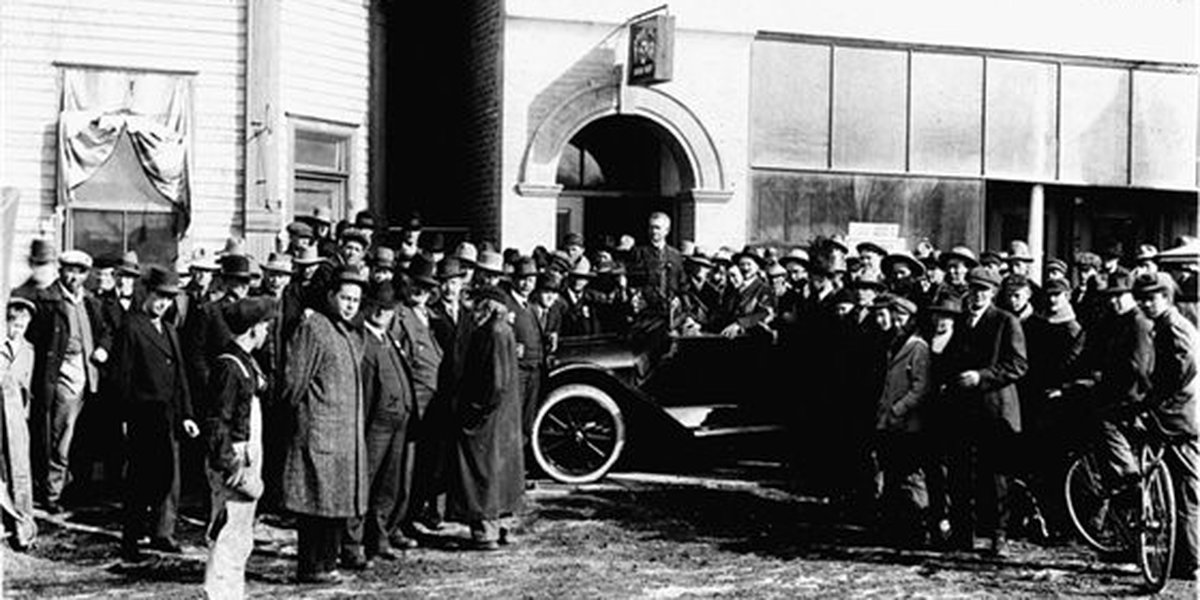 MONTROSE, Colo. (KKCO) – One of the oldest buildings in downtown Montrose will be transformed into a boutique hotel to house visitors from around the world.

The former Knights of Pythias building, or “KP” building, is expected to begin renovations and repairs in November. In 2012, a devastating fire rendered the building uninhabitable. It has remained vacant ever since.

Earlier this year the building was sold to Clay Bales, who moved to Montrose with his fiancé and two rescue dogs “to enjoy all things West Slope”.

“Montrose is a very special place. I was fortunate enough to find Montrose while working on the due diligence of another hotel opportunity,” Bales said. “I’ve spent my career in hospitality and had the pleasure of working on hotel developments all over the country, from Vancouver, Canada, to Washington DC, and I’ve never found a place where hospitality is so deeply rooted in the community.”

According to Bales, the hotel will house 18 upscale hotel rooms. The entrance and check-in area will include a lounge-style lobby bar and accommodate select guest rooms on the same entry level for easier accessibility.

In addition, 10 rooms will become “lofted” suites, taking advantage of the 26-foot vaulted ceilings on the second floor.

The Rathbone Hotel is scheduled to open in the winter of 2023. The name of the hotel, the Rathbone Hotel, comes from the founder of the Knights of Pythias organization, Justus Rathbone, who founded the organization in Washington DC in February 1864 .

The Knights of Pythias building was originally constructed in 1909 at a cost of $24,300. According to the Montrose County Historical Society, the building once housed the Wonder Store in the lower part of the building, and the lodge lobby was upstairs. The great hall of the pavilion measured 50 by 75 feet and had a maple wood floor.

The building hosted a variety of businesses and groups in later years, including the community’s original Elk’s Club, Hupp Furniture, Safeway, and Mash Appliances. In 2012 it housed Budget Line Appliances when fire forced the business to close and residents upstairs had to move.

Earlier this year, Region 10 of Montrose, with assistance from Region 9 of Durango, secured a Community Development Block Grant through Region 10’s Economic Assistance Program to assist with the hotel project. The Montrose County Board of Commissioners has provided support with the goal that the project will help create jobs and add more accommodation options to the community.

“Region 10 is excited to work with our community partners to help with this project that will bring new business to downtown Montrose and the jobs it will create,” said Dan Scinto, Business Loan Fund Manager of region 10.

“The Town of Montrose is thrilled with this project. The KP building has stood empty for so long and this project will not only activate the building, but the entire downtown core,” Russo said. “The city was happy that we were able to help Clay Bales and his team on this project.”

Telluride resident Jason Raible is working alongside Bales on the project. He expresses his enthusiasm for continuing the building’s legacy.

“I’m so excited to have the opportunity to partner with Clay and this amazing team of talented professionals to make this 113-year-old building look great again,” Raible said. “The iconic historic buildings that proliferated downtown in the early 1900s contribute so much to the city’s unique identity. We also believe they can play a key role in the continued growth of the downtown economy. The KP is a magnificent building with a great history that I have always admired. We can’t wait to get started.

More information on the development and completion plans for the Rathbone Hotel will be released as it becomes available.