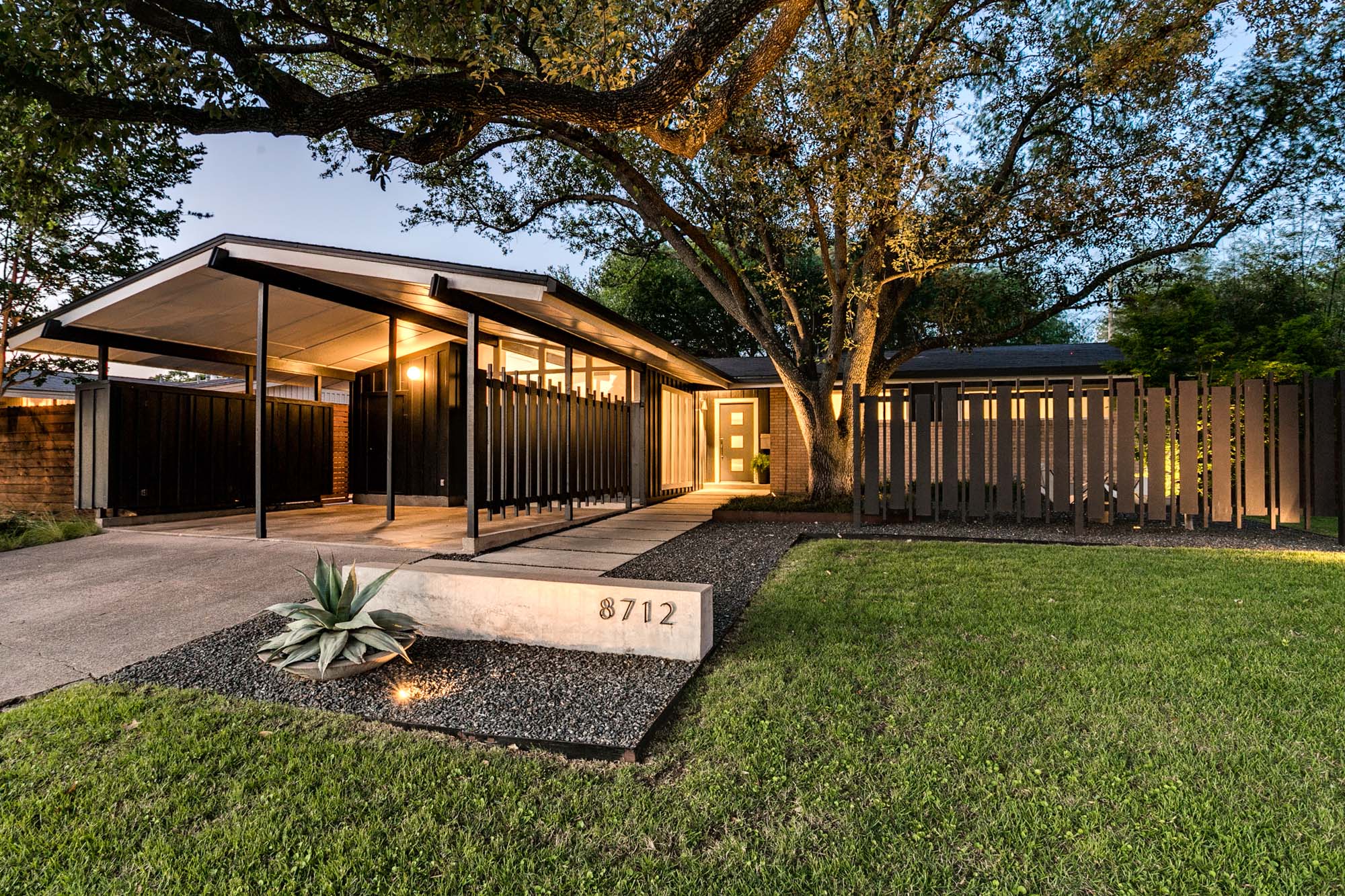 If you ask any of my colleagues, they will tell you that I have an obsession with trees. Maybe it’s because I grew up with practically a forest in my backyard. Maybe it’s because I never really got around to shaking off my Austin hippie roots. Anyway, whenever I’m working on this Hot Property series, I’m usually logging at the treeline of the house.

So when I saw the spectacular Live Oaks at 8712 Rolling Rock Ln., I knew, inside and out, that I had to learn more. The funny thing is that there really aren’t many trees on the property. There are really only two. In the front yard, a large live oak tree dominates the succulents, carport and roofline.

In the back, a colossal mature live oak tree covers almost the entire yard. Listing agent Brandon Stewart doesn’t know how old he is, but the owners have “taken good care of him”. There are support cables to help hold some of the more horizontal branches, and they’ve taken care to trim them properly. Additionally, the owners have built a full fire pit and seating area under the shade of the tree. “It’s just the focal point of the court,” Stewart said.

And the trees are also a focal point inside. In true mid-century modern style, the house features many windows and skylights, overlooking the front and rear arbors. The owner installed wood paneling around the windows in the breakfast nook and the master suite, framing the views, “which was a really nice touch, I think,” says Stewart.

The house was built in 1956, but not many of its original features remain. While redoing the kitchen, the owners retained the original cooktop and retro hood “to give a nod to the mid-century modern era”.

Besides the kitchen, the owner has updated many aspects of the house. California Closets expanded and remodeled the pantry and laundry room. The owner has built entertaining areas in the front and back yards and has redone the landscaping. They also installed rain chains instead of a downspout as “a more attractive way to channel water from the gutter to the ground.”

While updating the home, the owner installed many luxurious and custom finishes. There are designer pendant lights everywhere – Moooi in the dining room, George Nelson in the master bedroom and David Trubridge in the owner’s children’s room, says Stewart.

The owner also designed the double sided open air gas fireplace in the living room. “It’s very hot,” says Stewart, using firestone instead of wood. However, the foyer acts as a focal point and as a divider between the living and dining areas.

There are several thoughtful privacy features throughout the property. During the pandemic, the owner installed a mesh wall, protecting the front of the house and the living area. The master bedroom faces the street, and the owners “didn’t feel like that was a view they really wanted,” says Stewart. So they frosted the windows facing the front of the master bedroom and the bathroom.

The neighborhood is great too, says Stewart, who also lives in the area. The Lake Highlands region in the far east of the city is a “somewhat obscure pocket” of historic Mid-Century Modern homes. It’s creative and laid back, he says, with many designers and architects living in the area.

“I always tell people that I think East Dallas is the most Austin-like of any part of Dallas,” he said.

Scroll through the gallery to see more of the house. But don’t get too attached, the house was contracted before the end of this story.

Enjoy the best Dallas trends, hot properties, and tips from local designers to help you fit in in style, delivered weekly.

Catherine Wendlandt is an associate online editor for Magazine D‘s Living and Home and Garden blogs, where she covers all…