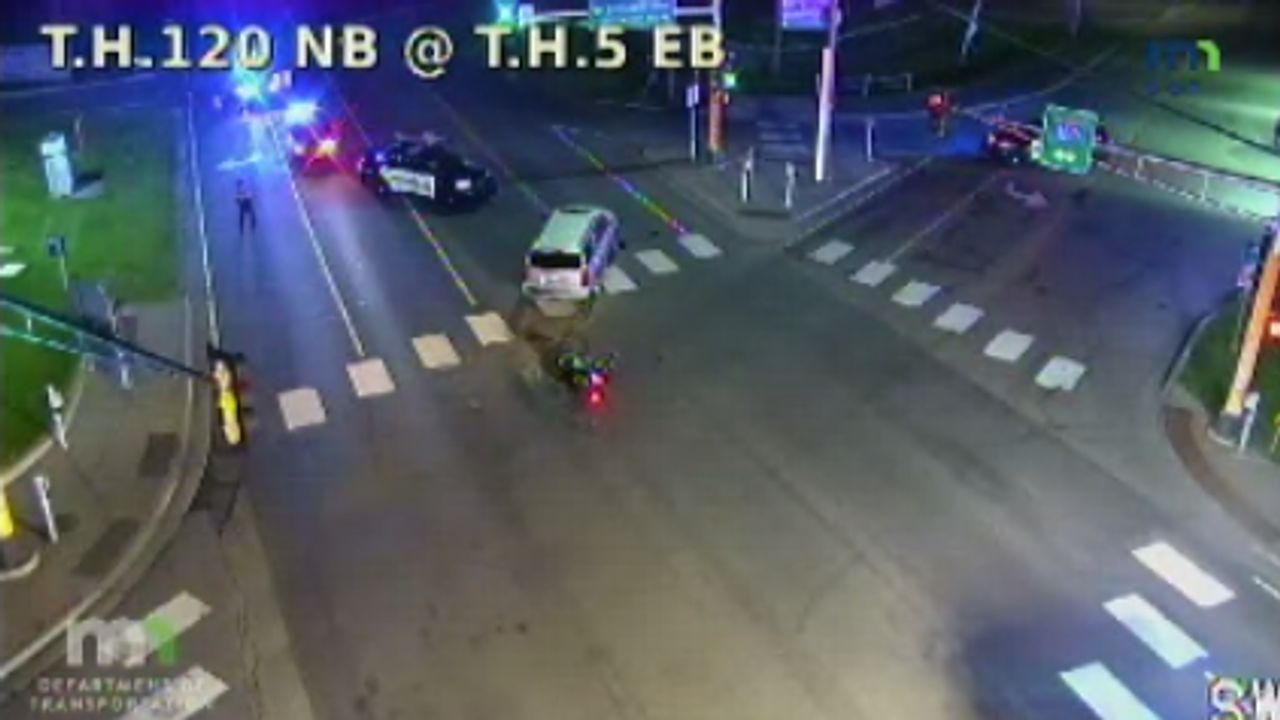 A man suffered life-threatening injuries after an accident between an SUV and a motorcycle around 9:15 p.m. Saturday in Oakdale.

A Chevrolet Suburban was traveling west and a Harley Davidson motorcycle was traveling east on Stillwater Boulevard in the moments leading up to the incident, the Minnesota State Patrol said.

Both vehicles entered the intersection during a green light.

Authorities said the SUV then spun in front of the motorcycle, causing a collision in the middle of the intersection of North Geneva/Century Avenue and East Stillwater Boulevard.

The man was not wearing a helmet, the accident report said.

No further details of his condition have been released.

The driver of the SUV, a 38-year-old woman, was not injured.

The Minnesota State Patrol is investigating the incident.

Check back for updates.