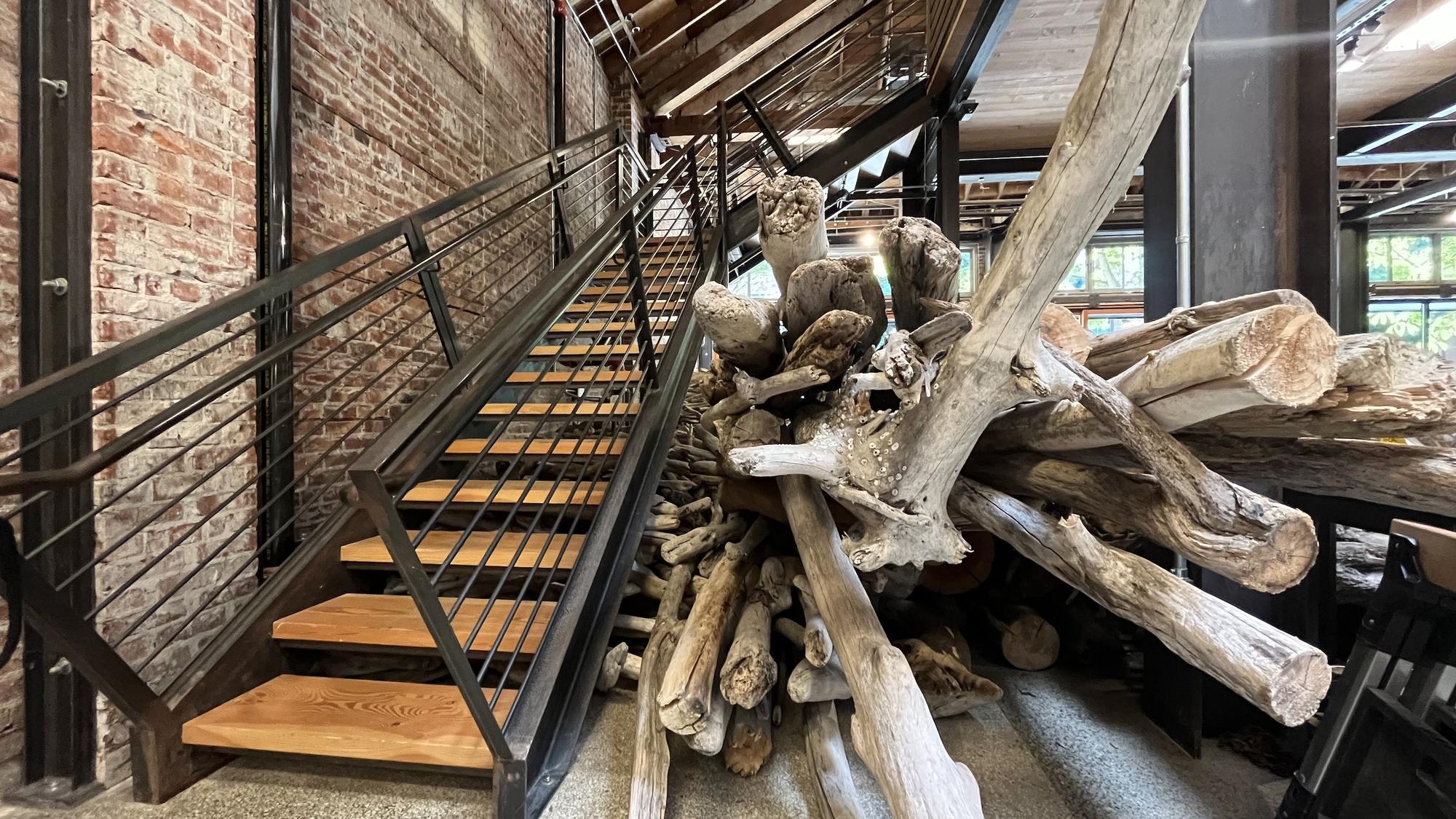 ArtSEA: How 30 logs washed up in a gallery in South Lake Union

Looking at the amassed driftwood, Stigora told me that she thought about the timeline of these trees and their journey through the watershed. “It all started as seeds,” she noted. Over the decades, they have become enormous. Some fell naturally, some were cut and chained for various human needs, some got a second life as docks or log booms. They all ended up rolling in Puget Sound for countless days and will now have another existence as art. And after the show ends, most of the wood will be used for the restoration of beach habitats around Puget Sound.

Another element of “Salvage” still in progress is an ambient audio track (by Rachael Fasano) that will pair the low rumble of dredging equipment used to retrieve driftwood with a celestial vocal loop. As a confirmed log who has written about Seattle’s wealth of log art and tree carvings before, I’m surprised and happy to report that this is one of the seasons Three cool audio projects inspired by the logs.

In May 2021, I wrote about the Seattle artist Marie Coss and his own large lumber project, on the Tacoma waterfront. She created and installed a massive steel log sculpture at the historic Dickman Lumber Mill, which specializes in oversized logs and is on the ancestral land of the Puyallup tribe. Now, Coss has released two audio companions for the piece – a rich, layered 13-minute sound collage called “ghost stamp” and a seven-episode podcast titled “wood lines.” Both are informative and beautifully produced.

Coss speaks with other elders from the Puyallup tribe, as well as former factory workers, one of whom explains that in a factory, “all the machines have their own sounds…their own rhythm.” He notes that he used to sing sea shanties while working, “because that way you don’t miss a beat.” I recommend listening to this short piece during a walk in a wooded park, preferably next to a body of water.

The “Timber Lines” podcast digs deeper, with each episode focusing on a different aspect of the “Ghost Log” site’s history, from ancestral origins to inhabiting the last and oldest working sawmill (at one time it there were 70) in Tacoma. Here, too, Coss uses environmental sounds wonderfully – as well as original music by her daughter, jazz composer Roxy Coss.