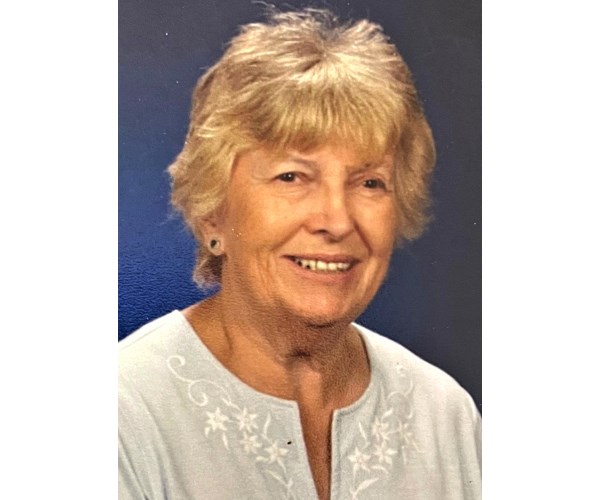 By: Daphine R. Frink
In: Maple wood
Tagged: funeral home, high school
Mrs. Carolyn Grace (Washburn) Olson, 95, of Pittsfield, died peacefully at her home on January 19, 2022, with her sons by her side. She was born in Dover-Foxcroft, Maine on September 18, 1926, the daughter of the late Fred and Hattie (Johnson) Washburn. She attended local schools and graduated in 1945 from Foxcroft Academy.

Known as Cal or Aunt KK to the rest of the family, Carolyn married her husband Oscar on September 9, 1947 and settled in Pittsfield. She was first employed at the old General Electric Company before founding Olson Nursery School in 1963 with her best friend and neighbor, Mrs. Ida Eccher. The school was established to serve the nearby neighborhood of Greenridge Park in the Dalton neighborhood, which did not have a kindergarten program at the time. Over the 53 years of operation, the school has prepared nearly 5,000 preschoolers for their next twelve years of study, many of whom have become professionals and business leaders with fond memories of the school. As one primary school principal later remarked, “We can always tell which children attended Mrs. Olson’s nursery school. They are so well prepared!

Carolyn grew up in a family of eight children and enjoyed her youngest status until her little brother Richard arrived at the age of twelve. Family has always been at the center of her life, with every holiday and vacation being celebrated with one sibling or another. Summers were spent at their cottage on Lake Sebec in Dover-Foxcroft, where the days were filled with water sports, card games and visiting friends and family around the lake. Playing cards was always for fun, and she even played cards with her family the day before she died – winning all 8 tricks!

Cal and Ozzie loved to travel. They chaperoned many high school musical trips with Mort and Elsbet Wayne, visiting Holland, Denmark, Italy, Switzerland and England. They also visited Ozzie’s Swedish cousins ​​all over Sweden and hosted them here in the Berkshires on numerous occasions.

Carolyn was an active member of The Lenox United Methodist Church, faithfully supporting its many activities for seventy years. She enjoyed square dancing, knitting and all kinds of crafts with her late friend Marge Stowers. Carolyn’s beloved husband, Ozzie, passed away on October 8, 2020. In addition to her husband, Carolyn was predeceased by six siblings. She is survived by her sons, Carl Olson and his wife Nancy of Pittsfield and Chester “Chet” Olson of Littleton, MA, and brother, Dr. Richard Washburn of Tacoma, WA. Carolyn also leaves her grandchildren, Brenda (Dan), Keith (Jen), Alicia (Adam) and Anders (Corrine), 4 great-grandchildren, Alexis, Adrian, Aiden and Avery, as well as numerous nieces, nephews and extended family members who will all miss her dearly.