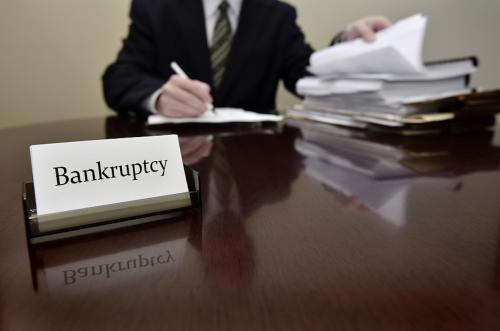 In a Chapter 13 bankruptcy, debtors come up with a plan to pay off all or part of their debts

The amount to be repaid depends on what debtors earn, the amount and types of debt owed, and the amount of property they own. Typically, debtors should use all available monthly income to pay off their debts. To calculate the disposable income, the Bankruptcy Code allows to deduct the expenses reasonably necessary for the maintenance and the subsistence of the debtor. It also excludes charitable contributions up to 15%.

In In re Wade, a recent case from the Eastern District of North Carolina, debtors wanted to deduct $ 756 per month from their disposable income to tithe their church. The Arkansas bankruptcy court rejected the plan, warning debtors that they “should not be allowed to pursue their salvation at the expense of their unsecured creditors.”

Mr. and Mrs. Wade filed Chapter 13 after Mr. Wade racked up debts from a bankrupt florist. Mr. Wade also worked part-time as a music director for a church the couple attended. After filing for bankruptcy, the Wades began paying tithing to the Church. Mr. Wade told the court that regular tithe was a new practice for the couple. They hadn’t brought anything to the Church for two or three years (because they couldn’t afford it). He also testified that it had been almost 10 years since they had paid ten percent of their income. The Wades told bankruptcy court that they believed their failure to tithe in the past constituted religious disobedience and contributed to their financial woe.

The Wades’ plan estimated the monthly disposable income at $ 2,000, from which they wanted to deduct $ 756 for tithe. If they made all of their plan payments, unsecured creditors would be repaid 39% of their obligations, but over $ 100,000 of unsecured debt would remain unpaid.

The Bankruptcy Code excludes charitable contributions up to 15% of disposable income. But a bankruptcy plan must be offered in good faith, and the court must consider all of the circumstances before confirming a plan – including whether a debtor has “found a religion” after declaring bankruptcy at the expense of creditors.

The bankruptcy court found Wades’ plan was filed in bad faith – no pun intended. The Court accepted the sincerity of the Debtors’ belief that they should tithe, but could not ignore that they had long ago chosen not to contribute to the Church to pay for other expenses or efforts that led to bankruptcy. The $ 756 was excessive in the circumstances. The court rejected the plan and urged debtors to file an amended plan with larger payments to their creditors.

Creditors faced with this scenario should remember that while the Bankruptcy Code does provide certain protections against debtors for charitable and religious contributions, it is not automatic. In upholding or denying a plan, the court will take into account other factors such as the debtor’s charitable donation history and the amount of donations offered versus the amount repaid to creditors. The promised “fresh start” in bankruptcy is not an invitation for debtors to become great religious benefactors at the expense of their creditors.