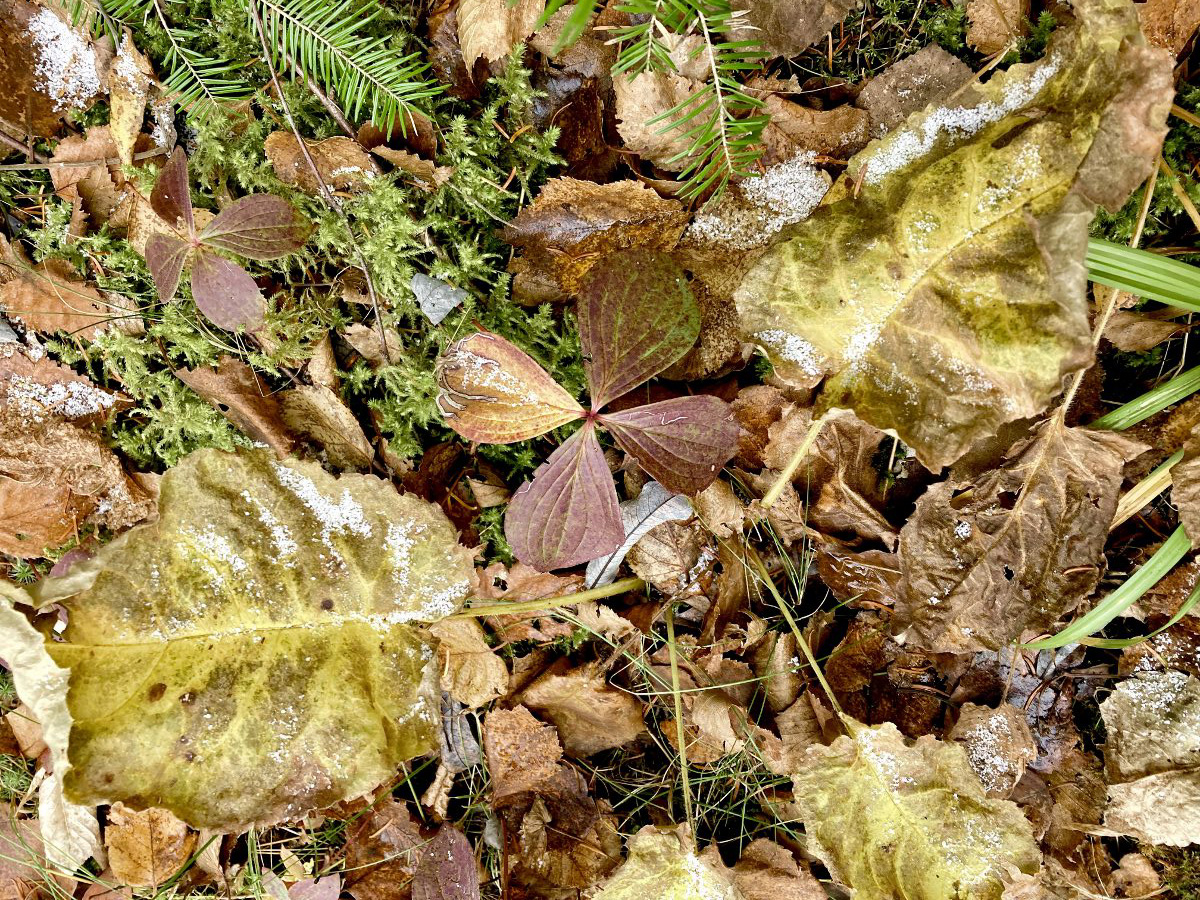 Fall Changes on the Gunflint Trail

It’s a cold and windy day, but I’m enjoying the cool autumn weather with the sun playing hide and seek. It was perfect for exploring the forest around us. Lately I walked my dog ​​through some wooded areas I had never been to before and it was absolutely magical to see huge downed trees covered in moss. The foot can be very tricky, but I take it slowly and carefully, stopping regularly to look. I think I drive my friends crazy who walk faster. On windy days, I avoid parts of the forest with large standing dead birches. I’d be in trouble if one of those big ones went down. My first winter here I played a game called “find the maples”. My goal was to identify maple trees in the fall when they had their leaves (easy) so I could spot them in the winter when they were leafless (hard). There are far fewer maples and more aspen and birch where I live, unlike the thick stands of maple in the woods closer to town at the start of the Trail.

The Tamaracks shine positively this fall. It is a showcase tree that comes into its own once the maples have reached their peak. Larches are such interesting trees. They are conifers but not conifers. They have needles but are not pines. They are coniferous and deciduous. In the spring, the new shoots — the young needles — have a texture similar to that of a silicone brush: very flexible and silky to the touch. The needles grow in clusters of 10 to 20. Young tamarack trees have very slender vertical trunks and develop horizontal limbs as they age. They grow very slowly and need moist organic soil and full sun when seeded, but they can establish themselves on dry hillsides, as can be seen along the Trail. Most of the trees still have their golden needles at this time, but their hold is tenuous and they will drop soon. They look like they are ready to go with the next big wind or rain or snowfall. When I brushed against them, the needles fell straight down, reminding me of Charlie Brown’s Christmas tree. In the spring, tiny new cones will regrow along with the needles. In my opinion, these are the cutest cones in the world. The female cones look like little roses when they emerge. A few tight little brown cones hang down all winter. I love the gnarled little stems of tamarack, reminiscent of a ginkgo tree by the regularity of the spurs. It’s a boreal tree and it’s known elsewhere as larch, and in my home state of Maine they’re called Hackmatacks, which is derived from an Abenaki word meaning “wood used for snowshoes.” In Ojibwe, larches are called mashkiigwaatig.

A while ago I made a sound map, where I traveled around my corner and mapped out what I heard. It’s a fun way to experience a landscape in a non-visual way. Lately I thought I could make a smell map of all the delicious aromas in the woods right now – alders sometimes smell spicy like cinnamon, birch can smell like mint. The pines, of course, have that familiar heavenly scent. The smell is strongest in the early morning when the dew is still on the ground and again at dusk – and strongest after a rain. The rich aroma of silt in the forest reminds me of a fine sherry that has been aged in a wooden barrel.

A lot of things are changing now. The mushrooms that were so abundant earlier this fall have all but disappeared. I see some slimy black remnants and also tiny sturdy mushrooms hanging on late in the season, nestled in thick beds of moss. I noticed a mountain ash tree that had been cleaned of all its berries, most of the leaves were gone, and the big buds at the end of the branches were covered in some sort of sticky sap; I don’t know for what purpose.

There have been many wolf sightings on the Trail over the past month. There was at least one wolf hanging around – very comfortable in our presence and far too friendly to be comfortable. It took a lot of shouting and gestures to convince him that he had to move on. He was nonchalant about the whole thing. I wonder if wolves are attracted to dogs. I really don’t want my dog ​​to be a wolf’s meal. Or breakfast. Or dinner. Hence the screams.