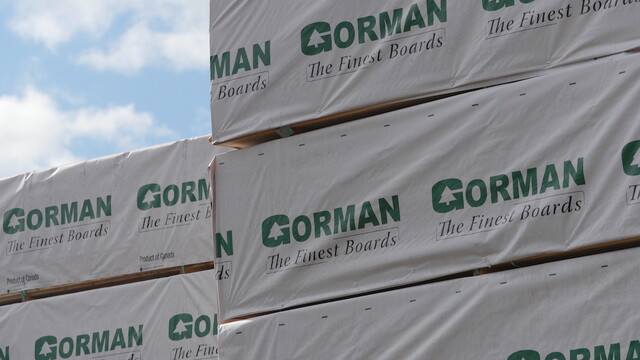 The Gorman Bros. sawmill. lumber ltd. in West Kelowna is making a slight reduction in its workforce in the face of industry-wide challenges as the wood supply dries up in British Columbia

Arkle said the layoffs are “regrettable” but “inevitable” as the mill adjusts to dwindling wood supplies in the province.

The mountain pine beetle epidemic in British Columbia in the early 2000s led to the loss of millions of hectares of pine forest, which is now beginning to have a negative impact on the industry, as trees killed by the beetle have all been cut down or rotted away.

“We have seen many reductions and closures across the province and although more recently some of these reductions have been market driven, the overriding impact is a reflection of less wood being available for existing mill operations. said Arkle.

He said they were trying to minimize the impact on employees as much as possible, “but there’s no denying that timber supply is being affected and so are jobs.”

This makes staff cuts at Gorman Bros. relatively minor, which can be attributed to the mill’s focus on high value, specialty wood products.

As big companies like Tolko and Weyerhaeuser closed factories and pulled out of the southern half of the Okanagan Valley, family-owned Gorman Bros. has shown resilience by producing products like flooring, wall panels, skirting boards and more.

Arkle says they will stick with this business model.

“We are a company responding to the government’s desire to see more production of high-value products and to get more with less,” he said. “We will continue to focus on this priority and take it to the next level with more investment in even more extensive refurbishment. This will protect jobs and hopefully create more jobs in the future. coming.