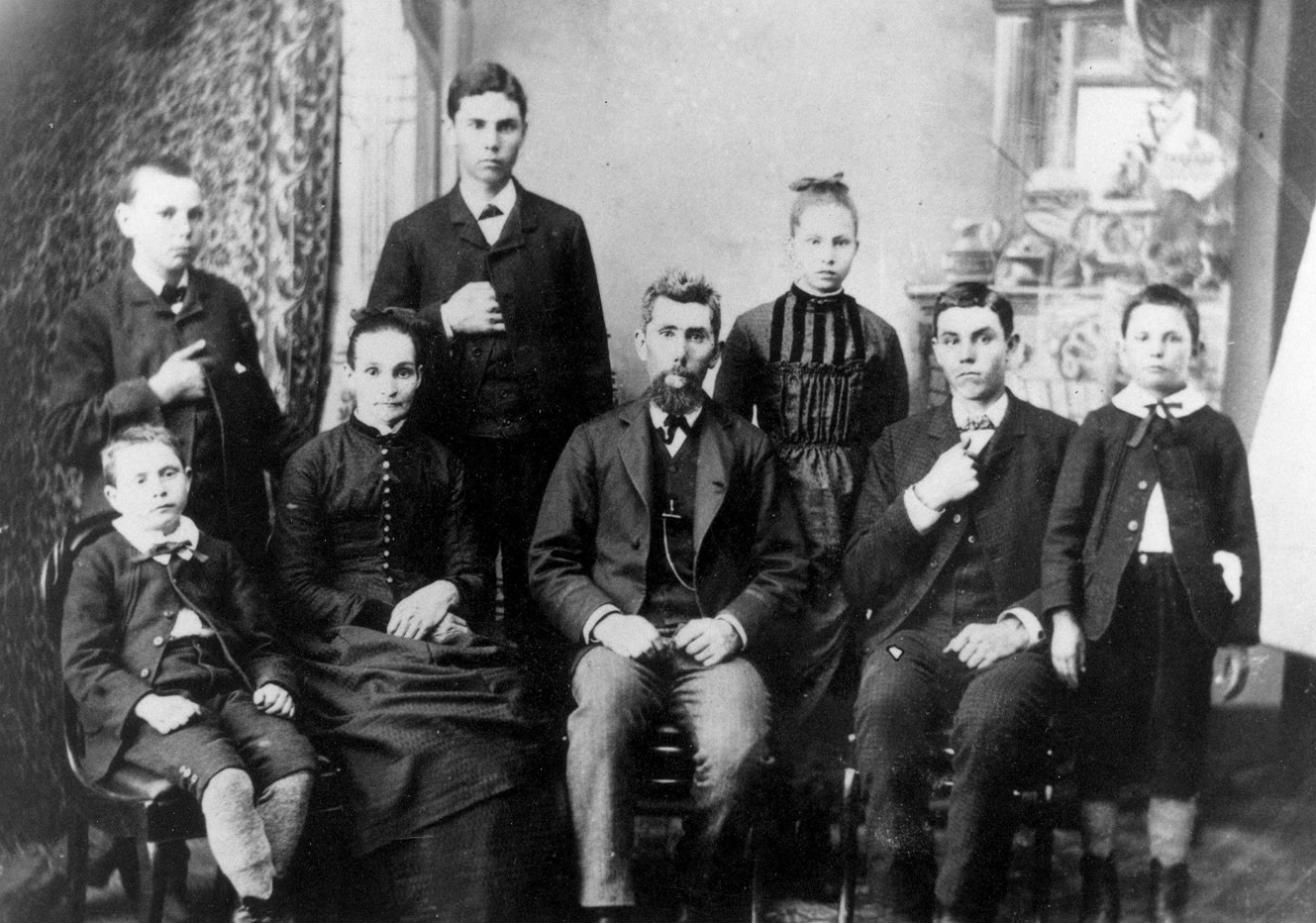 Honoring Our Valley’s History: Kinsey Street on the Ridge

In his second episode of Honoring Our Valley’s History, local historian Dave Battey shares the connection between history and street names that honor individuals and remind us of families who played an important role in history. of Snoqualmie.

In the 1880 U.S. Census for Missouri, Edmund is listed as a farmer and his eldest son, Alfred, as a farmhand. This census also recorded Louisa as just recovering from typhoid fever.

Set up a family and a community

In 1889 Kinsey’s two oldest boys, Alfred and Darius, arrived in the new town of Snoqualmie on the first official train from Seattle on the new Snoqualmie, Lake Shore and Eastern line. In 1890, Edmund and Louisa brought their family to Snoqualmie.

Family tradition has it that Edmund and Louisa bought the first lots in the new town. Soon this vibrant family owned and operated was Snoqualmie’s first general store, meat market and stable. They also built the Mt. Si Hotel and provided the first community center, post office, and church.

A bronze plaque honoring the Kinsey family to the right of the Old Brick City Hall door at River Street and Falls Avenue was created and installed by Puget Sound Power and Light for the city’s centennial in 1989.

The Kinsey family played a vital role in founding the first church in Snoqualmie. Emily Kinsey, their only daughter, documented the very beginnings of the church.

A Sunday School was formed in the summer of 1889. In September 1989, Methodist circuit runner Reverend Curtis of Falls City (yes, he originally had an “S”), rode through the fields of the Snoqualmie Hop Ranch. Curtis called on people to form a church congregation under a huge maple tree at the end of River Street (the river has since removed the tree).

Services continued near the maple grove every Sunday until the onset of bad weather. Then the meetings moved to a tent owned by Edmund John Kinsey. The services were regularly attended by workers from the nearby Schneider and Wilson plant. Workers enjoyed the hymns, played by schoolteacher Mrs. Austin, and helped store the organ in Kinsey’s Mt. Si Hotel next door between services so the damp wouldn’t damage it.

It should be noted that the Kinsey tent was also used for other social gatherings, including temperance organizations, until 1891 when the Good Templars Hall was built just beyond the Gustin and Tibbets store (now the Snoqualmie Market location at 8030 Railroad Avenue). The church then moved from the tent to the new hall.

In 1892, volunteers began building Snoqualmie’s first church. It was roughly the same location as the current structure of The United Methodist Church. The land was donated by Crawford and Conover, a major Seattle developer. This structure was rolled down Maple Street in the 1920s to become the Snoqualmie American Legion Hall.

Reverend Schoonmaker, the first Methodist clergyman, assigned to Snoqualmie (1889), and Edmund Kinsey were carpenters, so they planned and supervised the construction. Valley pioneer Dionis George (Dio) Reinig said of Mr. Kinsey that he “was a carpenter and quite religious. He built the first church and worked alone much of the time.

Edmund John Kinsey died on February 15and, 1896, at the age of 52. When it came time to dedicate the 400-pound bronze church bell (foundry dated 1901), it was decided that Edmund John Kinsey had done more than anyone to build Snoqualmie Methodist Church. Community leaders decided to have his name engraved on the bell. This bell is still in place and rang 100 times during the town of Snoqualmie’s centennial celebration on August 4, 1989.

But the Kinsey family is famous far beyond the Snoqualmie Valley. Three of the boys learned photography from a guest at the Kinsey Hotel, and two of them, Darius and Clark, became the most famous of all Pacific Northwest forest photographers.

Clarence also became a professional photographer. He and Clark went to the Yukon, and their photos are published in Klondike Lost, a decade of photography by Kinsey and Kinsey. After learning the trade of photography, Darius was hired by the Seattle, Lake Shore and Eastern Railroad Company, the first railroad to reach the upper Snoqualmie Valley. He worked for them for five years, documenting their operation, then began photographing the logging and sawmill operations.

In 1918, Darius and Clark shared the photography of the Pacific Northwest logging industry, selling their images to workers and logging companies. The first images of Darius were on glass plates. His brother Clark used the new nitrocellulose film. They came to prefer our often sunless Pacific Northwest environment and compensated by keeping their camera lens open longer.

Key to Darius’ success was his wife Tabitha, who developed the hard-to-handle glass plates and then created the positives. Clark’s wife, Mary, actually traveled with him and developed negatives and made prints for them to sell to logging camps before they left.

Tragically, many of Darius’ glass plates have been cleaned and recycled for their high quality glass. There are approximately 4,700 images in the Darius Collection remaining at the Whatcom Museum.

Clark’s nitrate film hasn’t aged well. The family asked for help to preserve the collection. In response, Weyerhaeuser collected donations from all of the woodworking companies pictured still in operation and paid for most of the cost of restoring its collection – approximately 5,200 images housed in the Weyerhaeuser Archives and Special Collections of the ‘University of Washington Library at the Suzzalo Campus.

Of local interest, the Clark Kinsey Collection contains seven views of the North Bend Timber Company and 196 views of the Snoqualmie Falls Lumber Company (which became Weyerhaeuser in 1948). These images are heavily focused on forestry crews, but there are also plenty of factory crews and plenty of locomotives and donkey engines.

Also included are some photos of the town of Snoqualmie Falls and Camp A (Tokul) and Camp B. Views from Meadowbrook include the Sunset General Store (now the vacant lot across Meadowbrook Way from the Colonial Square apartments) and an inauguration ceremony on October 19. 1921, celebrating a major reconstruction of the Meadowbrook Bridge.

Amazon lists half a dozen books containing Kinsey’s photographs. Be aware that if you find a photograph of Kinsey (usually signed and numbered), it may be the only copy in existence! The Kinsey brothers took tens of thousands of images, and only about 9,900 are in archived collections. Please consider obtaining a scan of the image you find and sharing it with the Snoqualmie Valley Historical Society Museum.

[Dave Battey, the Official Historian for the City of Snoqualmie and member of the Snoqualmie Valley Historical Society Board]