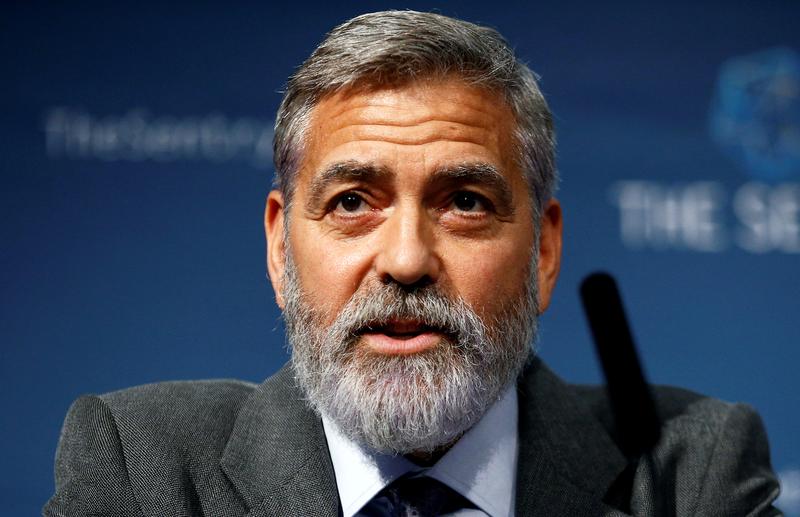 BUDAPEST (Reuters) – The Hungarian government has hit back at actor George Clooney for describing Prime Minister Viktor Orban as an example of anger and hatred around the world that could fuel a dystopian future, calling his comments “foolish”.

Speaking about directing his film Midnight Sky, in which he plays a scientist in a post-apocalyptic world, Clooney told GQ magazine: “We were not in the middle of a pandemic when this happened, but there was still all these other elements, these elements of hatred and anger that we all feel at this point in history, all over the world – go to Bolsonaro in Brazil or Orban in Hungary.

The actor continued, “Look around you. A lot of anger and hate. (My new movie) is set in 2049. If you played it, it could very well be what our reality is if that kind of hate is allowed to fester.

Orban, who has been in power for more than a decade, built a self-proclaimed illiberal regime, with a centralized state, a loyal business elite, and an increasingly nationalistic government ideology.

Criticized for years by their peers in the European Union for eroding the rule of law and civil liberties in Hungary, Orban and his Polish allies are fighting against new EU rules upholding democratic standards.

“George Clooney is a good actor and therefore deserves respect, but (…) no one should treat him like a global political oracle,” Menczer told pro-Orban news channel HirTV on Monday evening. “He has people whispering in his ear.”

Through an agent, the actor released a statement on the Hungarian news site Telex.hu on Monday evening saying that “the Orban propaganda machine is lying, period”, adding that he had not met George Soros only once.

“I would be ashamed if I was not registered for speaking out against the type of authoritarianism (typical of) Orban’s regime,” Clooney said in the statement.

“I was (in Hungary) in the early 2000s and walked along the Danube. At that time Hungary was a shining example of democratic success … I look forward to the day when Hungary embraces what it once was. “