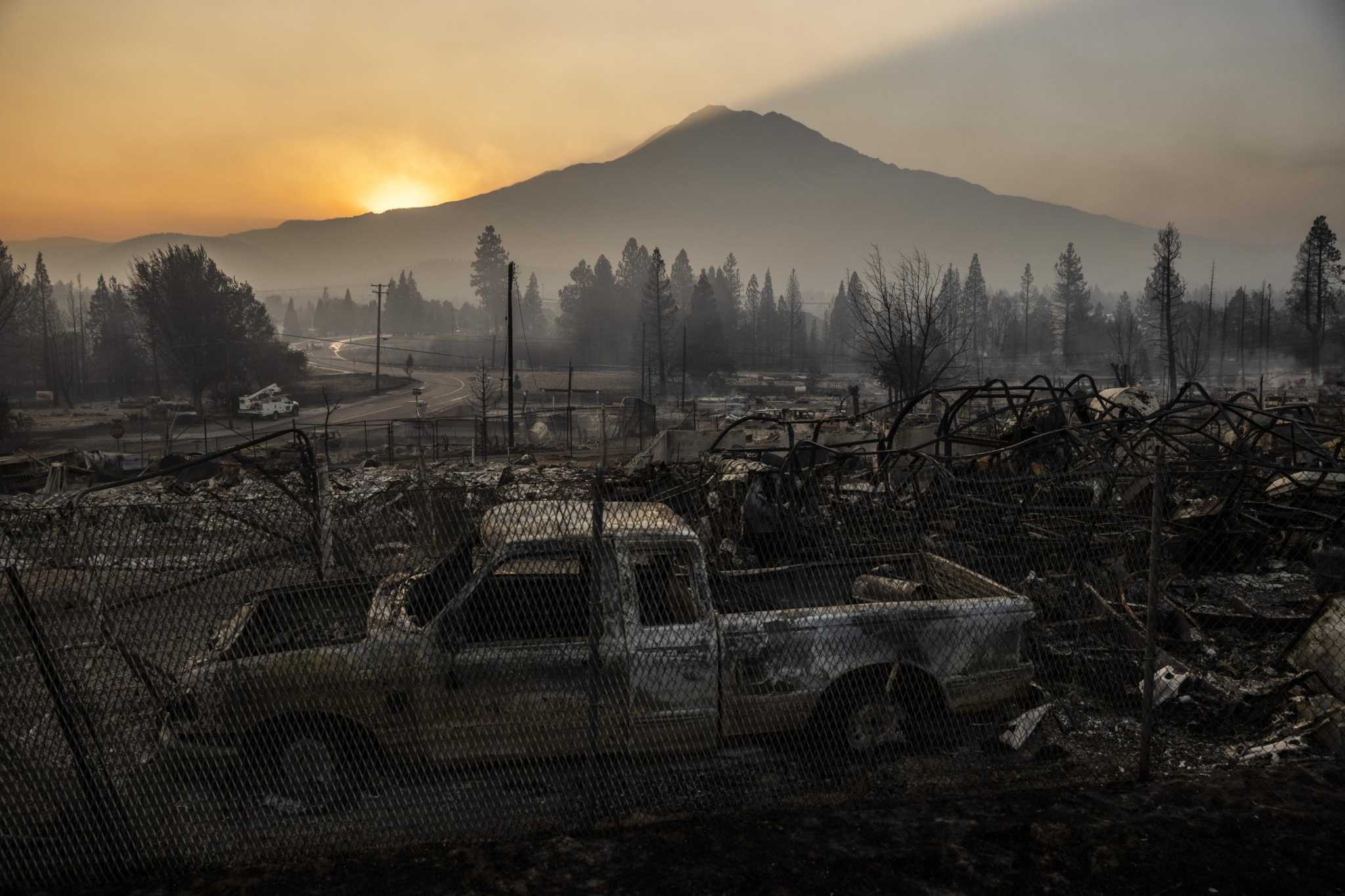 On Friday and Saturday, Cal Fire investigators searched the remains of a sawmill warehouse and the area nearby, looking for clues as to what started the rapid fires that have torched dozens of homes in the small town. of Weed.

The factory fire tore through the massive storage warehouse owned by Roseburg Forest Products on Friday and spread through the county town of Siskiyou, where it flattened or damaged 50 homes. Cal Fire officials have not determined a cause, but firefighters were first dispatched to the plant fire as a structural fire at the plant shortly before 1 p.m. Friday.

“We don’t know how or where the fire started,” said Rebecca Taylor, spokeswoman for the Oregon company. “Whether it started right at the edge of the property or on the property.”

The fire completely destroyed the old warehouse where Roseburg stored spare equipment for its nearby veneer plant, she said.

“We weren’t doing any work around that building at the time,” Taylor said. “Once in a while we might go to this building to get spare parts, but that’s it.”

At around 12:48 p.m. Friday, firefighters reported seeing black smoke billowing “at the mill,” according to radio traffic reviewed by The Chronicle. A Weed City Fire Station sits next to the sprawling Roseburg property.

Immediately, multiple alarms were raised for a “fully involved commercial structure fire,” according to the dispatch’s initial response. The first firefighters on the scene estimated the building to be around 50,000 square feet and already the flames were jumping down Highway 97 with a strong southerly wind and entering the Lincoln Heights neighborhood. On Saturday, this rural community was still smoking, blackened with charred cars and gray land where houses once stood.

Roseburg purchased the sprawling operation in 1982 from International Paper. The warehouse once housed a planing mill that cut and seasoned wood to create wooden products. In recent years, the building mainly stored spare parts from the active veneer factory.

The veneer plant was operating when the fire broke out and was unaffected by the flames, Taylor said. Workers assigned to the afternoon shift were evacuated as the flames passed. A small team of firefighters remained on site to protect the rest of the plant from the fire.

The veneer factory turns the logs and peels off the thin strips used to press the plywood together. These veneers are shipped to Oregon where the company has plywood mills. The plant has a cogeneration plant that helps dry the wood strips, Taylor said.

“None of the plating operations equipment was involved in the fire,” she said.

Since the fire, Cal Fire investigators have visited the plant and nearby properties, Taylor said. A Cal Fire spokesperson could not be reached Saturday night.

The Weed factory has 145 workers, making it a huge employer for the small town. Taylor said she confirmed that at least two employees lost their homes in Friday’s fire.

“It’s really devastating that this is happening again in Weed,” Taylor said.

In 2014, the Boles fire caused extensive damage to the factory. A homeless man was sentenced for starting this fire when a blaze that heated up got out of control and burned over 150 buildings in the Weed area. Aftermath of the fire, Roseburg moved many of his Weed employees traveled to Oregon to work at their facilities there as they rebuilt the factory and the lost homes of the workers.

Matthias Gafni is a writer for the San Francisco Chronicle. Email: [email protected]