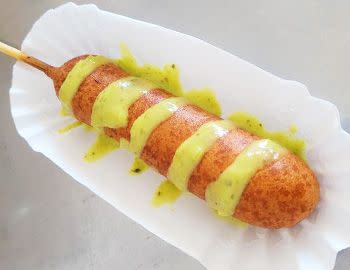 A lot has happened in the past 48 hours for the Carolina Panthers, from the sacking of Matt Rhule to Steve Wilks taking the reins as interim head coach, but Wednesday’s practice has seemed like a return to what matters: running games on the grill.

Wilks told Channel 9 he actually changed it up a bit for Wednesday’s training, with players entering the full pads a day earlier than usual.

Wilks said the early switch to full pads was meant to increase intensity. It could have something to do with Panthers owner David Tepper acknowledging the intensity dropped in Sunday’s game against the San Francisco 49ers. The Panthers lost that game, and Rhule was fired the next day.

Channel 9 heard from Tepper and Wilks earlier this week, but Wednesday offered a look at players’ perspectives on the news of Rhule’s dismissal.

“It’s always tough, but it’s a business,” Panthers linebacker Shaq Thompson said. “They picked the right guy to be interim head coach. He’s been here before, he’s from the city.

The Charlotte local takes over from a team that currently sits last in the NFC South, but there’s renewed optimism in the locker room even after this week’s news.

“I think the only thing Coach Rhule did was he created a closed dressing room. We’re all very close to each other, and having Coach Wilks come here, the respect he has is incredible,” Panthers running back Christian McCaffrey said.

Channel 9 has also received an injury update on quarterback Baker Mayfield after he was spotted in a boot after the 49ers game. He’s still day to day with a chance to play, but PJ Walker got the reps as a starter on Wednesday.

The Panthers travel to Los Angeles to face the Rams this Sunday. Rams