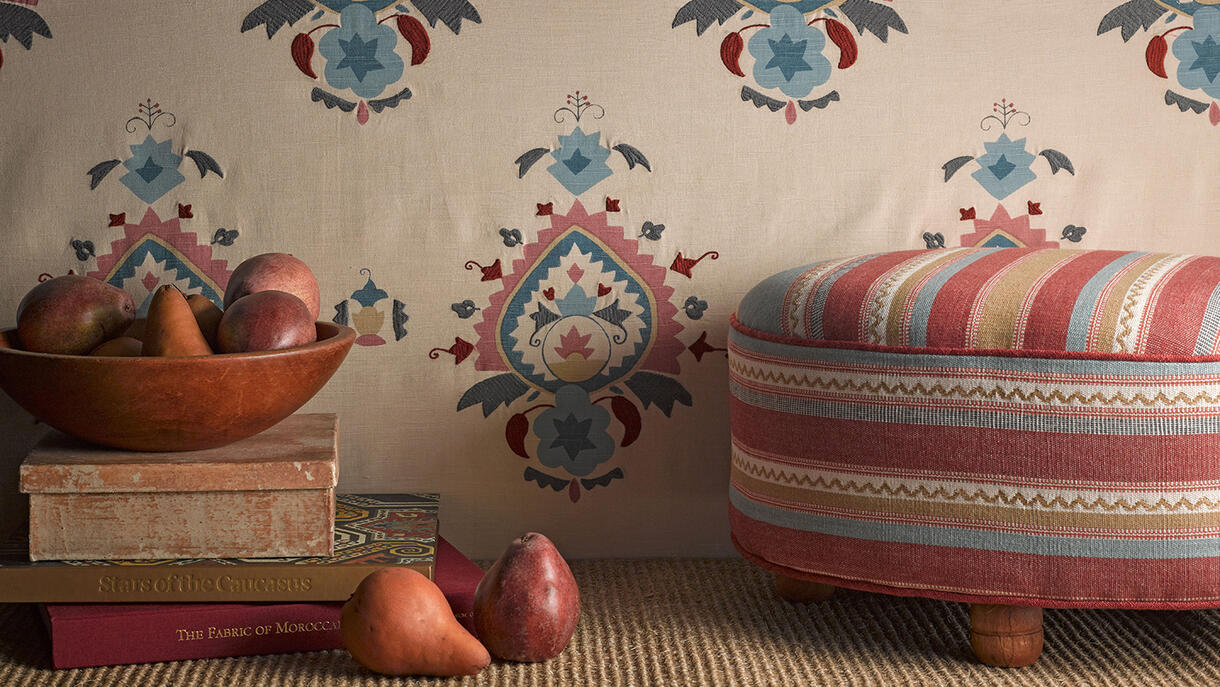 RH takes off, the return of rococo and more

This week in design, visitors to The Mart in Chicago may notice a new feature on the building’s facade –a large-scale projection depicting a Ukrainian folk tale, created by a Kyiv-based team as a nod to the country’s large diaspora community in the Windy City. Stay in the know with our weekly roundup of headlines, launches, events, recommended reading and more.

Economic news
Kitchen and bath industry professionals expect the current economic downturn to continue, according to the National Kitchen & Bath Association’s Market Index for the third quarter of 2022. The results include the index lowest overall market score – 63.2 out of a possible 100 – since the same period in 2020 and the lowest future conditions score since the first quarter of 2020. The report also revealed that fears of a recession have become the top concern among 598 industry professionals surveyed this quarter, with 24% choosing a potential economic downturn as their biggest worry. Additionally, respondents said project cancellations and postponements were at their highest rate this year so far, according to 65% of surveyed design firms.

Airbnb co-founder Joe Gebbia launched a startup selling small one-bedroom backyard units to homeowners, The Wall Street Journal reports. The new company, called Samara, will initially offer Accessory Dwelling Units, or ADUs, in California, where an ongoing housing shortage has led to loosening restrictions around tiny properties, though Gebbia said he plans to eventually spread to other places. Factory-built modular units will range from $299,000 for 430-square-foot studios to $339,000 for 550-square-foot one-bedroom units, with Samara processing building permit and installation applications.

UK-based online furniture and homewares retailer Made went bankrupt earlier this month after failing to find a buyer through a formal sales process, BBC News reports, and has since been bought by British fashion retailer Next in a $3.8 million deal. The events resulted in the loss of around 400 jobs for the company and left around 12,000 orders outstanding.

TikTok has rolled out testing in the US market for a new e-commerce feature, Semafor reports, which allows users to make purchases directly through the app. The TikTok Shop feature was previously only available in the UK and seven Southeast Asian countries, although the company has now started inviting select businesses to join the program. The move aligns with TikTok’s broader goal of bringing China’s $400 billion live shopping industry to the US market, where the format has yet to reach. similar popularity.

Sherwin-Williams acquired German holding company Specialized Industrial Coatings, which owns coating companies Nolte and Klumpp, Today’s creators reports. Terms of the agreement were not disclosed. The company’s portfolio contains a variety of coating products for the furniture and flooring industry, with operations spanning Europe, Asia and South America, overseeing approximately 220 employees and annual sales over $94 million. For Sherwin-Williams, the purchase comes just weeks after its acquisition of ICA, an Italian manufacturer and distributor of wood coatings, and continues the paint giant’s recent strong performance, having amassed record sales of $6.05 billion in the third quarter.

In other acquisition news, private equity firm Sycamore Partners has signed an agreement to acquire the Canadian retail division of Lowes in a $400 million deal, Home textiles today reports. With the purchase, Sycamore will take over the company’s 450 stores as well as its home furnishings and furniture e-commerce marketplace; Rona, a home improvement and construction retailer that sells furniture online; Réno-Dépôt, a home supply chain that sells decorative home furnishings online; and Dick’s Lumber, a building materials chain. Although subject to closing conditions and regulatory approvals, the transaction is expected to close in early 2023.

The U.S. Consumer Product Safety Commission has proposed two major changes to home product safety in recent weeks, applying new standards to custom window covering control cords and clothing storage cabinets. The Drawstring Window Coverings Measure applies to bespoke blinds, shades, curtains, draperies and similar products, and was created to reduce the risk of strangulation and injury to children eight years of age and under – by On average, about nine children under the age of five die each year in such incidents, according to The latest CPSC data. The new standards impose stricter performance requirements for corded products, while urging consumers to choose cordless window coverings as the safest option for children.

Meanwhile, the new standards around garment storage units apply to products such as chests of drawers, chests of drawers, cabinets and freestanding desks, which also pose a risk to young children due to tip-over incidents. The CPSC will now require units to exceed minimum stability requirements and undergo new test methods for products with interlocks, which are designed to improve stability by preventing all drawers from opening simultaneously. Both new standards will take effect 180 days after their publication in the Federal Register.

The Brute Vase by Jonah TakagiCourtesy of Hem

Launches and Collaborations
Swedish design brand Hem has launched its first collection of tableware and accessories, bringing in a variety of collaborators to bring the assortment to life. The cohort includes London-based Supergroup – a joint venture between artist and ceramicist John Booth and ceramic artist Ian McIntyre – local Londoners who have created a collection of rainbow-hued tableware; Fabien Cappello, designer based in Guadalajara, who reinterpreted salt and pepper mills in the Mexican artisanal tradition; and Washington, DC-based designer Jonah Takagi, who created a brutalist vase available in several vibrant colorways.

Showroom representation
New York-based artisanal textile brand Somerselle has welcomed two new local partners and their products to its portfolio of multi-line digital showrooms. Additions include Kathryn Hunt Studio, which features textiles created through an artistic process incorporating elements of watercolor and pastel; and York Street Textiles, which offers a boutique collection of residential fabrics produced in partnership with printing, embroidery and weaving mills around the world, with many designs hand-drawn and painted by founder Robin Klingensmith.

recommended reading
Since taking over as head of HR more than two decades ago, CEO Gary Friedman has inaugurated the company through a series of carefully chosen changes to elevate the Corte Madera, California-based furniture retailer into a brand synonymous with luxury design. As Charlotte Hogarth-Jones writes for international boatThe latest iteration of those grand plans has manifested in the company’s first superyacht, which has undergone interior and exterior refurbishments and will now be available for charter from this season.

It’s no secret that trends are cyclical, with every seemingly long-forgotten aesthetic moment bound to return, which might explain why now, three centuries after its original incarnation, the whimsical style of art and architecture rococo seems to be making a comeback. As Danielle Thom writes for ArtReviewan escape in the whimsical and ornate style – identifiable by natural patterns, lightness and asymmetrical curves – can offer respite from painful global conditions such as economic hardship and an ongoing pandemic.

Homepage image: Fabric from York Street Textiles, which is now offered by the Somerselle showroom | Courtesy of Somerselle