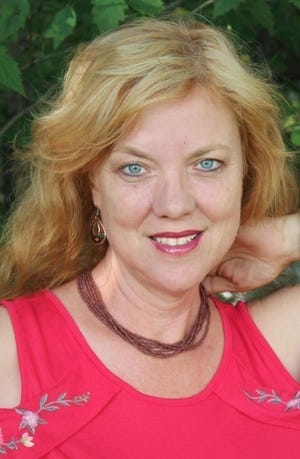 There’s this big ash tree behind our barn.

It is always the last tree to bud in the spring and its canopy, compound leaves come out very late — sometimes in late May. Every year, I hold my breath wondering if it’s spring that won’t come back to me. But, for now, it provides shade for me on those hot July summer days when I go to sit beneath it on a bench, gazing at the view and feeling the cool air under its branches.

No. It’s not a powerful oak or a productive maple, but this tree is special to me and you see, unlike other trees in the forest, it has a different kind of enemy – the emerald ash borer, an introduced beetle in our country in the 1980s thanks to solid wood packaging materials from Asia, according to Wikipedia. The beetle has killed tens of thousands of ash trees across North America since then and it is rare for an ash tree to now reach old age or even sometimes maturity.

Ash trees have always been special to me. I guess it goes back to childhood when a big old ash tree grew near our spring. As a girl, I hugged her low branches and dreamed of my future. Alas, he is long gone and this little insect undoubtedly had something to do with his disappearance.

Ash trees are not only special to me, but their mention appears in legends as a symbol of stability and protection. Some legends say that the Tree of Life at the beginning of mankind was an Ash Tree. In Norse mythology, an ash tree holds each of the nine kingdoms on its branches. It is considered a protective tree of children and Irish legends consider it a guardian tree.

Not too many years ago there was another ash tree on my property that withered away while I was busy working and raising kids and it’s gone for good too. I kept a piece of its bark in the shape of a diamond as a souvenir.

Now unfortunately the offspring of my ash tree (from a seed sometimes called helicopter seed) has gone to plant right next to my house. I mean directly by him in the rosebushes. Of all places. Last year I left it there because I wasn’t sure what it was at first. And, this year, for now I don’t have the heart to tear it out but it can’t grow there because the root system would probably damage my basement. So I have to transplant it this fall in the hope that it survives. I wish it grew in a different place.

We were working behind the barn recently with some Amish friends and the subject of my ash tree came up when we were deciding where to put a fence. I said emphatically that I didn’t want the fence near my Ash. My Amish friend said, “But Sandy, your Ash won’t live long. He’ll die.” I replied, “yes, I know. But it’s living now and I’m enjoying it.”

My Ash got me thinking about life and how we as humans have so many comparisons to the tree. You see, God knows we won’t live forever. Our body has a timeline while our souls are eternal. We never reach our full potential as we would on the other side of the Garden of Eden. Yet we have thrived as a species. And, we have an enemy like the beetle that always strikes at some point and causes damage.

But God is merciful to us every day in the midst of our days. Psalm 135 says again and again “for his mercy endures forever”. I can just imagine God saying, as I did answering the Amishman, “yes, I know they will die but they live now and I will be merciful to them.” By all means, he tries to draw us close to him. Maybe like sitting on a bench nearby just to be close to us, like I do with my ash tree.