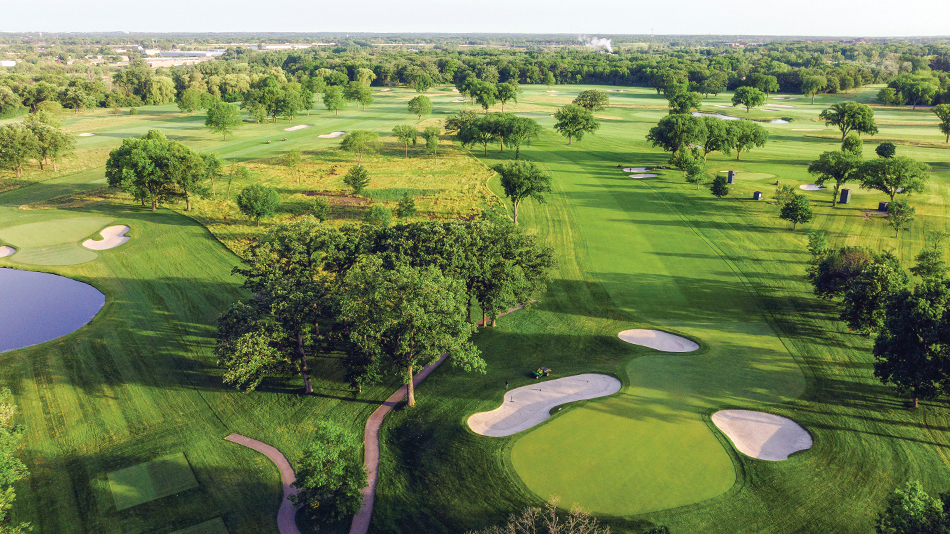 In 2017, after renovating the tees and bunkers and re-grassing the greens, Knollwood hired Rogers to develop a master plan for future work.

“Our primary and immediate focus was the site itself…the frame of the holes,” Rogers said. “For us, this was the missing piece from previous efforts – and these elements would ultimately make the difference in how the course should be restored.”

Rogers studied old maps and aerials. “We evaluated Alison’s first design touches, evaluating the effects of scale and proportion and, of course, which plant materials would best match the intended design expression and complement the pastoral site,” a- he declared.

In September 2018, Rogers began working with Superintendent Drew Barnett to implement the plan, including the addition of front tees and some initial restoration work to Knollwood’s prairie-like landscape. That winter, the removal of trees and the thinning out of overgrown buckthorn undergrowth began to open corridors of holes that more closely matched Alison’s descriptions and intentions.

“We removed all the lower quality trees that were disrupting the views and covered the higher quality trees,” Rogers said. “We have also taken steps which would improve playability and visibility in most hole lanes and throughout the venue – this has essentially paved the way for future improvements to the course, including the reconstruction of bunkers and the regrassing of fairways, as well as their widening and realignment. .

“When we finally got to feel the holes, presented again on a grand scale, we then began to approach some of the spacious void in a different way, introducing spaces of native fescue into off-set areas. So now, in addition to tree thinning, including retaining old specimen elms, oaks and hickories, we also have another layer of texture and color with the grasses – all balanced with the new lines of fairway and the large bunkering.

Barnett said: “The work has been positively accepted. The slow maturing process of fine fescue has caused some members grief, but with these areas fully matured, members have almost fully embraced the concept. Tree removal was also controversial at first, but now members are enjoying the expansive views across the entire property.

“Reducing primary crude has improved our maintenance practices by allowing us to spend less time cutting rough and reducing the use of fertilizers and pesticides in rough. Even with the ever-increasing costs of crop protection products and fertilizers, our budget has remained the same due to lower inputs in these areas. Our staff can continue with detailed articles throughout the property instead of just mowing over 100 acres of primary rough.

In August 2022, work turned to tees, fairways, bunkers and greens, and is expected to be completed in November.

“The fairway and bunker work wouldn’t have nearly the same effect if it weren’t for all the pre-planning and the ultimate landscape reset,” Rogers said. “The before and after photos tell the amazing story and all we can say or write…these pictures will speak for themselves.”

Previously, fairways were a mixture of six different grass varieties. The re-turfing will produce a slightly different alignment on several holes to accomplish Rogers’ design intent, while bunker work and remodeling of two greens is being completed to better reflect Alison’s original design aesthetic.

“The initial course preparation stage is often skipped or ignored altogether,” Rogers said. “After all, cutting down trees can be quite controversial. But when the site is not properly processed to fit the design, all elements will eventually clash and desirable opportunities to do the right thing will be missed. Golf course work is more “given” in terms of expected scope, but site work is just as important if we want to strike a good balance. »

This article first appeared in the October 2022 issue of Golf Course Architecture. For a print subscription or a free digital edition, please visit our subscriptions page.