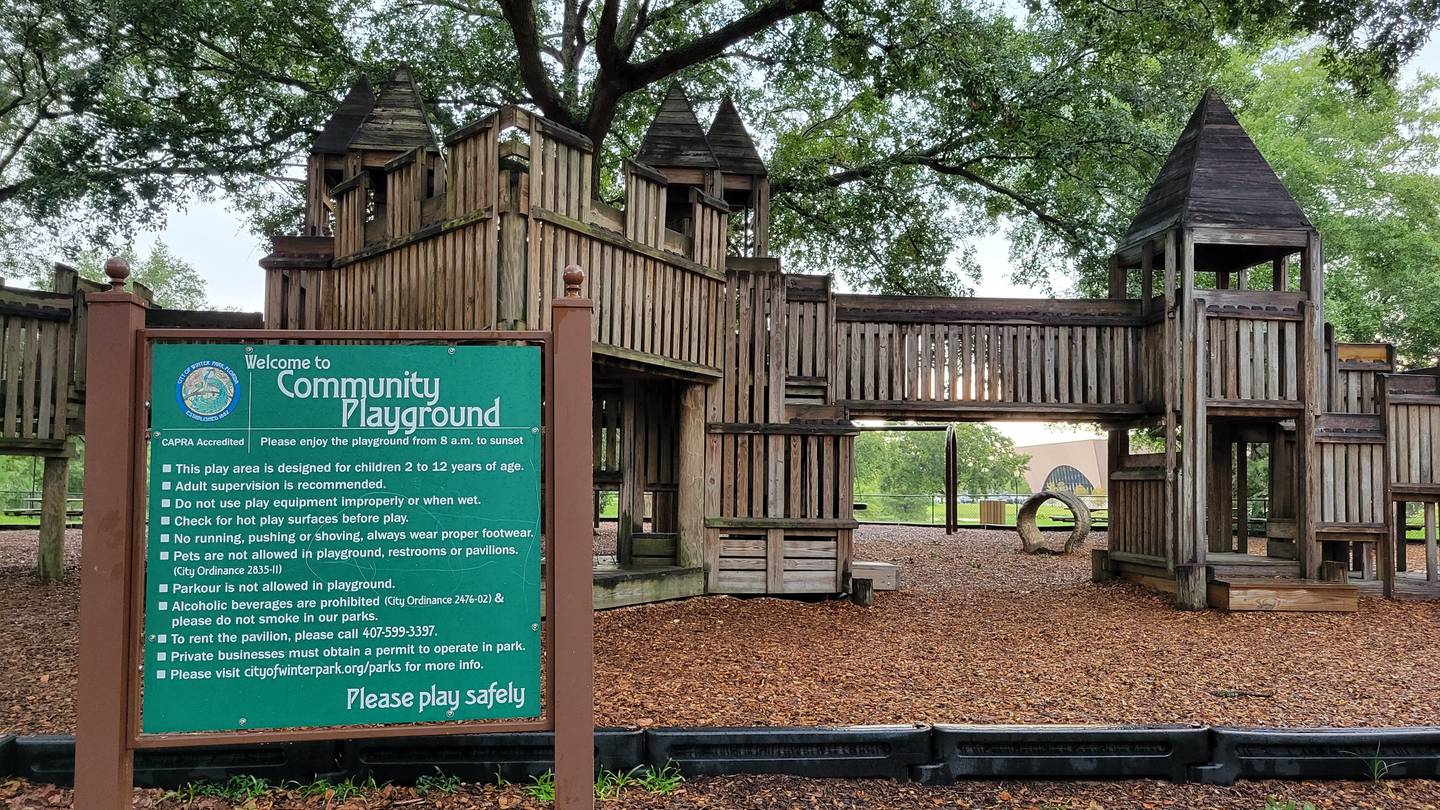 WINTER PARK, Fla. — Since the late 1980s, the playground inside Winter Park’s Martin Luther King, Jr. Park has been an iconic part of Orlando-area children’s leisure time. Generation after generation of children were screaming from the aisles and hiding under the beams of the massive play structure.

The general shape of the wood, formed by volunteers and donated supplies, has given the area its longtime nickname: Castle Park.

Just as most castles have long since resigned themselves to history textbooks, the rulers of Winter Park are considering a changing of the guard, with a new realm for children to roam with a – potentially – very different castle.

“Right now, there isn’t necessarily room for someone in a wheelchair to access the equipment,” explained landscape architect Jessica Griggs. “We’re also looking at younger kids who might just be one or two who might not be walking for a while, but to have something they can touch to see and react to.”

Griggs and his company, Dix.Hite + Partners, were hired by the city in 2013 to redesign and improve the entire park. With much of the work on the other sections complete, their attention finally turns to its iconic playground.

Not only are the structures technologically outdated, she told a crowd of community members gathered inside the Winter Park Community Center on Tuesday night, but they are also experiencing structural issues. Between explaining that Castle Park is her five-year-old’s favorite place to play, she told the crowd that “new” and “safe” doesn’t have to mean boring.

“I think there are so many options out there,” she said. “It can be a change in material, color and type of colors and textures. Just having this ability to walk through and hide and peek around the corner and explore and do things on your own.

Although the crowd was unsettled at the thought of overturning 35 years of history, the purpose of the meeting was to give their thoughts on what the new structures should look like.

Many of them sought out designs and concepts that closely resembled the current structure, showing a preference for wood over colored plastic and metal. Ideas found in many playgrounds, such as tic-tac-toe boards and balance beams, were discarded.

“I’m looking for something unique,” ​​said one mother. “I don’t care what replaces [the castle]as long as it’s as fun and unique as it is right now.

As participants placed color-coded stickers over the ideas they liked and disliked, many seemed intrigued by some of the options available, especially those that combined a similar wooden “castle” design with elements like climbing, natural surfaces and large twisting surfaces. slides.

There was also excitement about building a wading pool on top of the current footprint, expanding the play area as a whole.

“I’m excited to see what the community wants and brings [my son] here in the future,” Griggs said.